Tufts’ new field hockey venue celebrates Dan Ounjian, the Tufts economist who shaped the lives of countless students and faculty. Thirteen Tufts parents, alumni, and friends contributed $2.4 million to build the new field. Since the field’s debut in the 2016 season, the team has won a NESCAC championship and reached the NCAA national championship match twice, in 2016 and 2018. 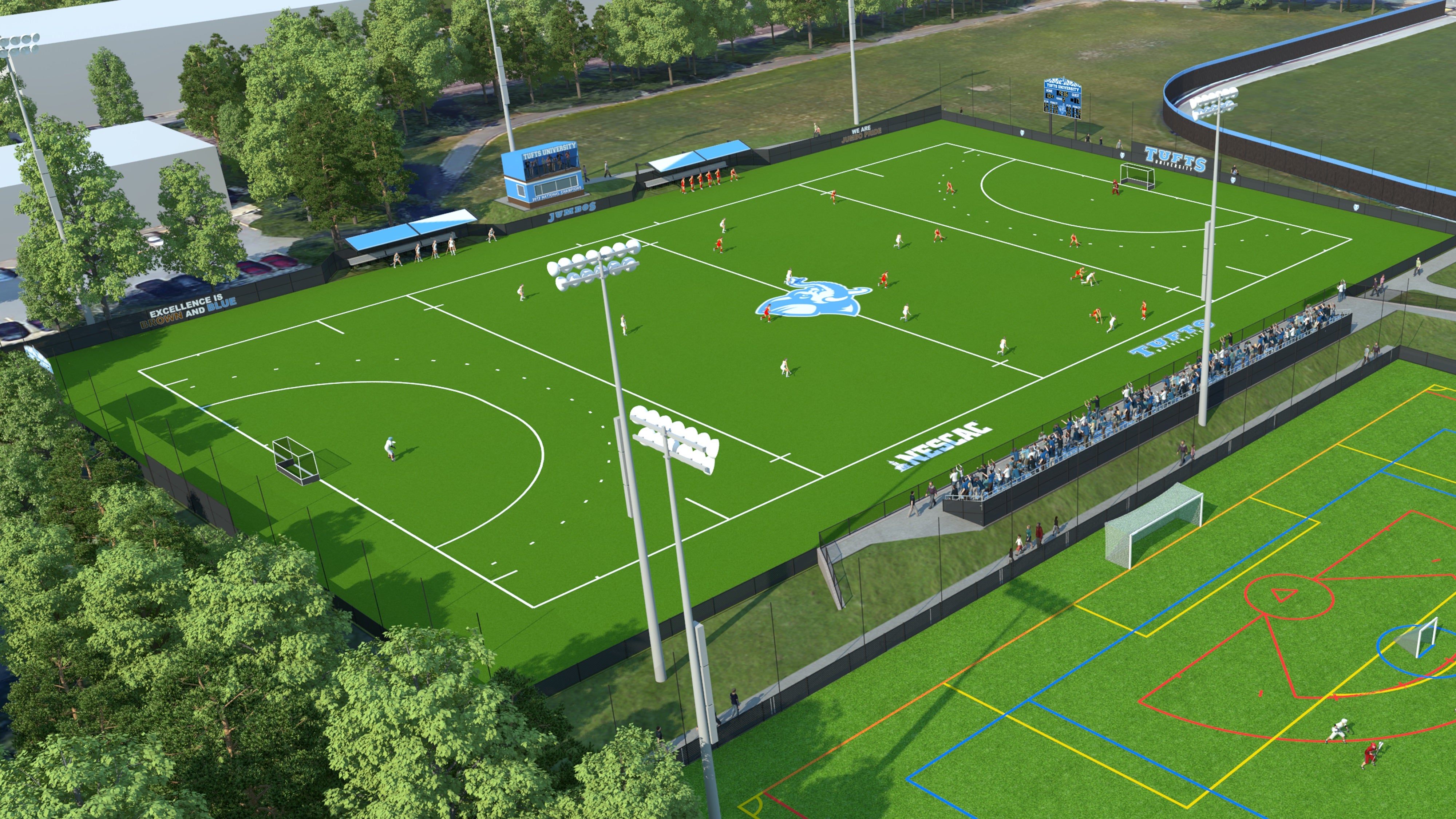 The new field allows the field hockey team to continue to compete at the national level, while enhancing our ability to recruit and attract top student-athletes who want the balance of academic and athletic excellence Tufts offers. In addition, it benefits the entire university community by providing 40–50 more hours per week of field time for club, intramural, and non-varsity athletes.

Make a Gift
Your support makes a Jumbo difference

A Jumbo thank-you to all the alumni, parents, and friends who’ve supported the new field and the field hockey program through the years. We look forward to seeing you at a match on the new field. Limited naming and other giving opportunities are still available. To learn more, contact Mark Adzigian, A88, senior associate director of development for athletics, at 617-627-0376 or mark.adzigian@tufts.edu. 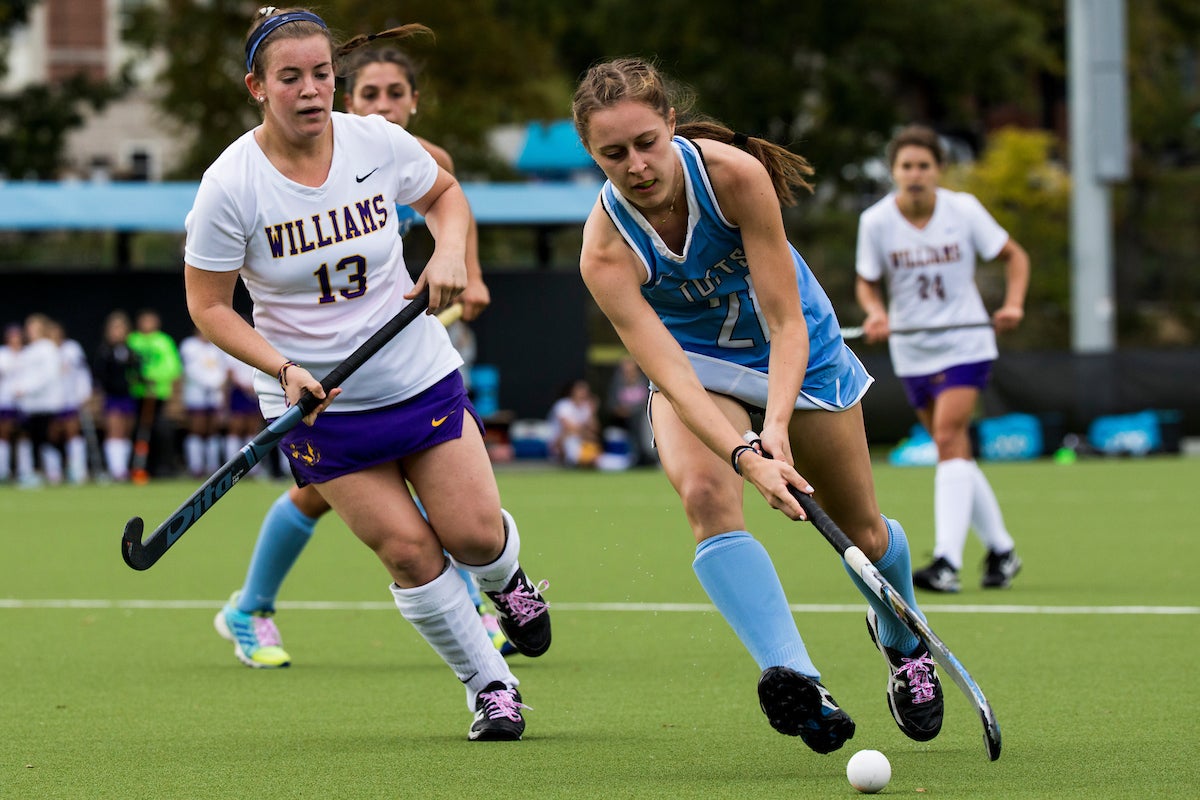 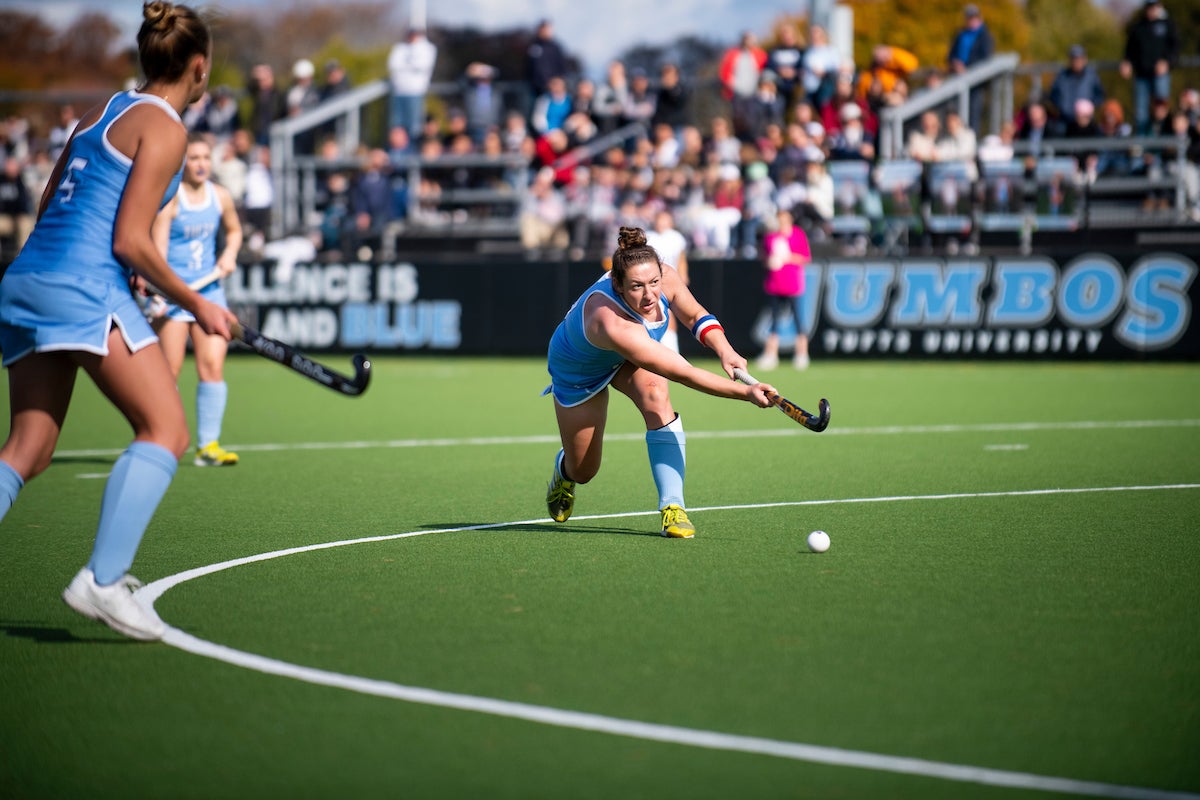 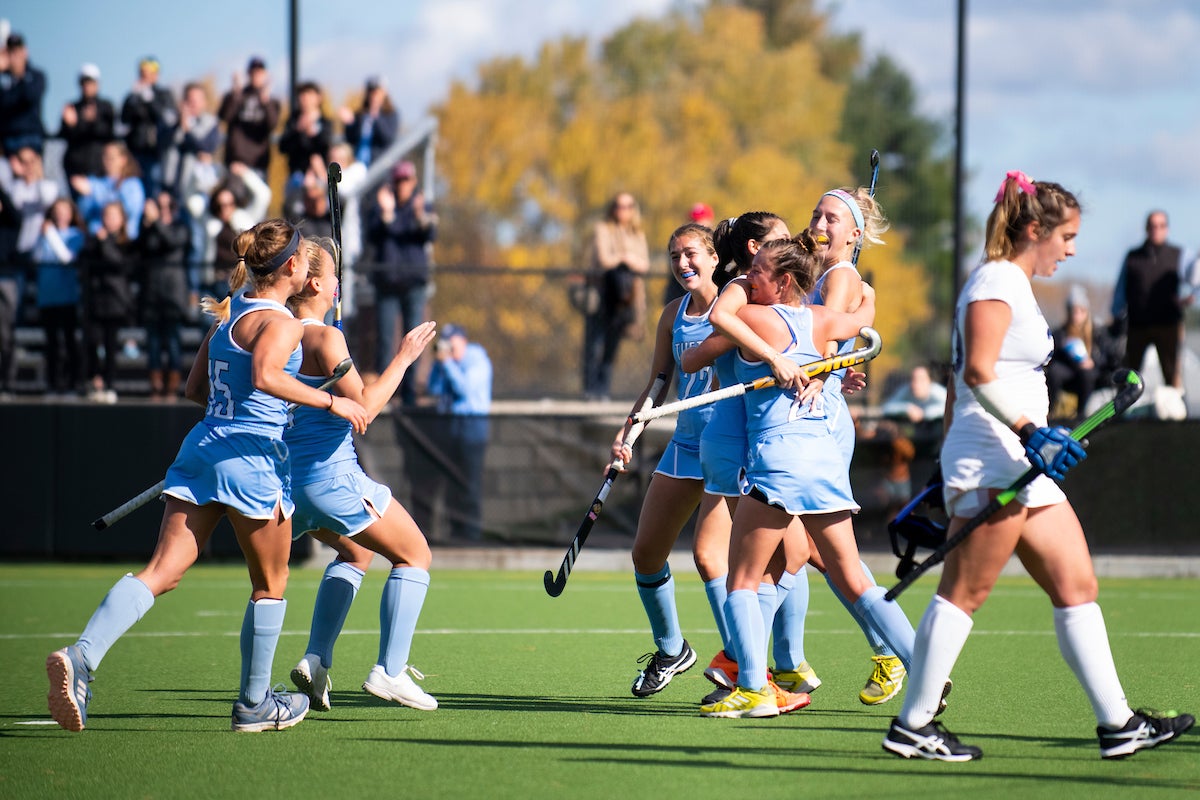 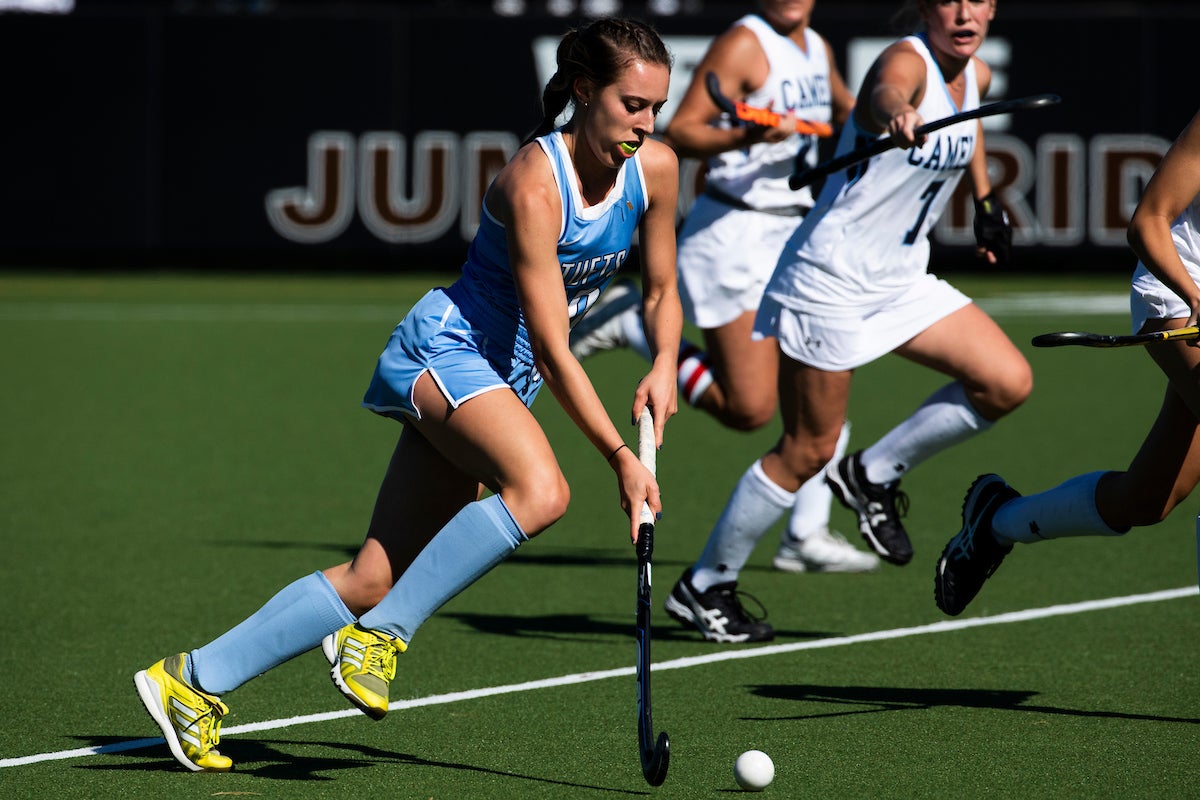 “We now play on the best field possible for our sport and the results speak for themselves. We are so grateful for the amazing gift that has allowed our team to take our game to the next level. This field will continue to help our team compete at the national level for years to come.”